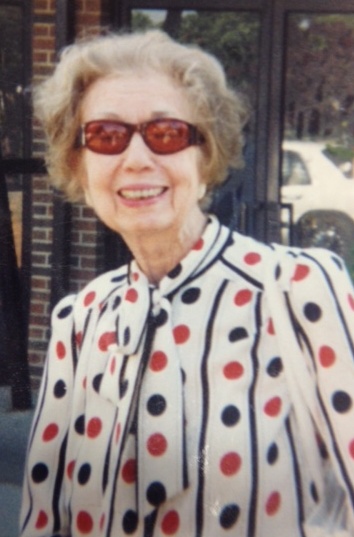 Marian Blakeslee Butler lived a life guided by hard work and generosity.  She and her husband ran a business and an English language school in New York City where she served as CEO until she was 92 years old. Throughout her life, Mrs. Butler was regarded as a person who genuinely and selflessly cared for others and made it possible for her students, colleagues, and friends to share in the American dream. Despite her business success, Mrs. Butler lived simply and without luxury.  After her passing in December 2010 at age 94, she carried on her legacy of generosity to the fullest extent with bequests to family and friends, her alma mater — Vassar College, her husband’s alma mater, and more than a dozen charitable organizations.

One of the family members remembered by Mrs. Butler was Bob Eccleston, a first cousin once-removed whom she knew as a boy and with whom she reconnected later in life. Bob and his wife, Marsha, are residents of Columbia. Like the others who Mrs. Butler remembered, Bob was overwhelmed by her generosity. He and Marsha felt “overly blessed” and immediately sought to put her bequest to good use and honor her memory in the best way they knew how: by giving back.

On a recommendation from a professional acquaintance,  Bob and Marsha met with Central Carolina Community Foundation to discuss their options for establishing a fund in honor of Mrs. Butler. Since then, the Foundation has helped Bob and Marsha learn about the community’s needs and channel their interests so they can carry on Mrs. Butler’s legacy of giving.  Drawing on their backgrounds in public health, Bob and Marsha became involved in PASOs, an organization which helps local service providers work collaboratively with the Latino community to promote healthy families. Together, Bob and Marsha have provided PASOs with the financial support necessary to initiate an oral health improvement initiative for Latino families living in South Carolina.

Mrs. Butler is a perfect example of how one person’s generosity can create a ripple effect and inspire others to give.  Though many of the people, institutions, and organizations she has helped will never know her name, the enormous impact she made is obvious to anyone who hears her story. Her legacy of kindness will live on for many years to come, creating ripples of positive change and encouraging others to follow in her footsteps and give back.