Giving Philanthropy A Voice On The Hill

An interview with Jeff Hamond, Vice President, Van Scoyoc Associates, Washington D.C.  Mr. Hamond is leading the Community Foundation Public Awareness Initiative, as well as educating lawmakers about the consequences of adverse policy decisions.  We spoke with Jeff to share about his work with Community Foundation’s across the nation. 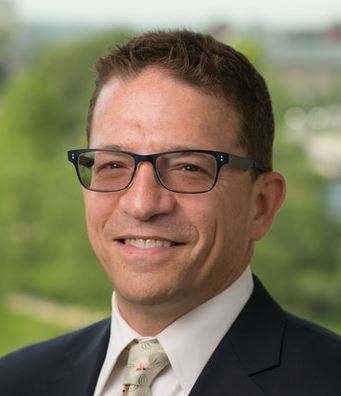 An interview with Jeff Hamond, Vice President, Van Scoyoc Associates, Washington D.C.  Mr. Hamond is leading the Community Foundation Public Awareness Initiative, as well as educating lawmakers about the consequences of adverse policy decisions.  We spoke with Jeff to share about his work with Community Foundation’s across the nation.

What is the Community Foundation Public Awareness Initiative (CFPAI)?

Why is this work important?

The work is important because Members of Congress don’t really hear much from the philanthropy space, outside of Foundations on the Hill.

What areas and issues is CFPAI working to address in Washington?

Our main focus has been on self-preservation and tax-related issues, such as charitable deductions, Donor Advised Funds (DAF), the IRA rollover, estate taxes, and gifts of appreciated property.  We are the leading entity pursuing the repeal of the DAF prohibition in the IRA charitable rollover, which limits charitable choice and has hampered CFs nationwide for nearly a decade.

We also explore strategic opportunities to have a voice on non-tax issues, so community foundation leaders can have a greater influence in the policy debate.  For example, based on the number of community foundations funding programs to relieve hunger, in 2017 the Initiative advocated to include the Summer Meals Act in the Child Nutrition Reauthorization and organized a sign-on letter from 73 community foundations.  We have also been asked to help advocate on Medicaid expansion, criminal justice reform, and other issues.

This year, we have already begun to advocate for a fair and accurate decennial census.  By granting tens of millions of dollars each year to strengthen organizations at the local level, we know the 2020 Census is a crucial prerequisite for federal policies and programs to respond to the needs of marginalized communities.  Therefore, a well-run Census that isn’t sidetracked by ideological issues is important to community foundations and the populations they serve.

How will this work impact Community Foundation donors?

On the IRA rollover issue, every community foundation can give examples of how they lose donations every year because a potential donor, upon learning they cannot use the rollover to open a DAF, seeks another local charity for their gift – or doesn’t give at all.  The DAF exclusion restricts donor flexibility by (1) codifying a preference of some charities over others, and (2) making it harder (if not impossible) for a donor to spread out his or her IRA gift among several charities.

On the recent tax bill, the Initiative played a major role in ensuring that the new law didn’t change any rules related to donor-advised funds or gifts of property – significant victories for community foundations and their donors.